The Two Most Important Words for Freelancers 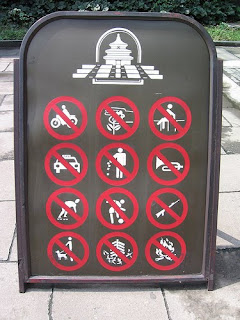 As I go along this freelance-writing road, and see the troubles of many low-earning freelancers, I’ve come to believe there are two key words that can really make a difference in your writing career.
Feeling empowered to use these words helps you earn more. High-earning freelance writers use them more than low-earning ones do, in my experience.

What are these words?

Why these two? Here are my reasons for choosing these as the two most important words for freelancers.

. In the mind-boggling world of today’s freelance writing, there are umpteen opportunities to earn a pittance. You can hardly turn on your computer without being offered a chance to earn $5 an article, or $100 per 65,000-word e-book. Not to mention all the opportunities to write for free for the exposure.

I actually got an inquiry from a company in Dubai this week — no joke — asking if I would submit “my best rates please!” to write company profiles for them. You can imagine the pay level the winner of this contest is going to receive.

You need to say no to these offers, as much as you possibly can.

Writers who can’t turn a client away, no matter how wretched their pay or how onerous their workload, always end up earning less in the end. It’s a self-confidence issue: You have to believe you can walk away from scut-pay gigs and keep looking, because a better gig is out there.

If you’ve been busy grinding out cheap articles because you think there’s nothing else out there, you may not be aware that economists believe the recession officially ended more than a year ago. Obviously, it’s not 2007 again, but we’re definitely on the way back up. From my own experience, there is a ton of good-paying copywriting work out there as companies ramp up their marketing. And despite popular rumor of their demise, magazines continue to be a major market.

If you want to earn more, start saying no. Start raising your rates. Make a commitment to market your writing services more aggressively. It will pay off. That “no” can start you down the path to better earnings.

Know that you are not a helpless leaf on the river of your writing career. You can be a pilot in a boat instead, steering a course. For instance, All Freelance Writing’s Chris Bibey felt like he wanted some better clients recently — so he sent 500 direct-mail postcards to prospects and landed several ongoing, lucrative new accounts.

Why. Here’s a question I worry that many writers don’t ask often enough. Not of interview sources — that’s usually covered — but of themselves. When you take a writing gig, why are you taking it? How does it fit into your plan for your writing career?

Particularly since the economy went down, there’s a lot of writers simply grabbing any old writing job because they found it and it’s there. But high-earning writers evaluate prospective gigs in the light of their own long-term goals, whether it’s writing for major magazines, being a book author, joining a newspaper’s investigative team, being a six-figure copywriter, or just to make an easy side income while raising young kids.

When you get a job offer, ask yourself why you should take it. Does it fit into your plan? Does it lie along the path you’re trying to go down in your writing career? If not, then think twice.

As a busy writer who’s been at this a long while, I can tell you the time really flies when you’ve got a stack of assignments. You think you’re just taking this gig to tide you over for a month or two…but you’ll look up and it’ll be five or ten years from now, in a blink. Without a “why” — and a game plan for getting where you want to go — you may well still be doing the same type of writing and getting similar pay, years from now.

If your “why” is that you simply need this money right now, that’s cool. But try to take a breath and look at your big picture now and then. If you take a smattering of different types of assignments, it tends to not propel you forward, where if you specialize and head in a direction, it’s easier to move up the chain to better pay.

What’s your writing “why”? Said “no” to a prospective client lately? Leave a comment and let us know.

Mailbag: Could I Monetize My Blog?