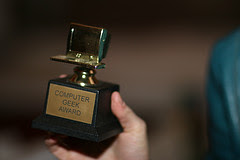 I read the most amazing article the other day, about the tragedy of parents who forget their babies in their cars, and they die of the heat — and whether that should be considered a tragic accident, or a crime. It won the 2010 Pulitzer Prize for feature writing for Washington Post journalist Gene Weingarten…and I could not put it down.

Weingarten clearly invested huge amounts of time in the story, interviewing several devastated families that had lost a child, listening to 911 and police-interview tapes, talking to memory experts and lawyers. The result is haunting and unforgettable, and may change laws.

Reading this story was a great reminder for me of why I got into writing — to enlighten and make a difference. To write articles that are truly memorable and meaningful.

As freelance writers, everything we write can’t fall into this category. We’ve gotta earn, gotta keep that hourly rate up.

But I still occasionally do big, investigative stories, for three reasons:

Stretching your skills and taking difficult writing assignments makes you a better writer. So when I see a chance to do an intriguing, big story, I take it, even if it makes no sense from an hourly-rate perspective.

Recently, I tackled a research-based story on how much stimulus money my state got, and where it went. Previously, I’ve written investigative pieces on a care center for babies born drug-addicted, my state’s lax drunk-driving laws, and the plight of older foster children.

Several of these feature stories have won prizes over the years. I say this not to gloat, but to make a point: Prizes can help your writing career. I recommend you get the Writer’s Market, take a look at the hundreds of contests in there, and make a plan to enter a few you think you could win.

Why are prizes important? Two reasons — they’re great for your self-esteem, and they impress the heck out of prospective clients.

A couple of years ago, I got the idea to create a short awards page on my writer Web site. I couldn’t believe how the quality of my prospects improved after I did this!

I just list my most recent few awards, which are a few local Society of Professional Journalism awards and a “Best in Business” award from the Society of American Business Editors and Writers (SABEW), plus a few publisher awards from my staff-writer days. Hardly the Pulitzer. But in every pitch letter or resume cover letter I send out, I can say, “See my list of awards won on my Web site.”

And that has made all the difference. While I hear many writers complain they never hear back when they send out resumes, I often do. I often hear back that same day. And I’m convinced the “see my awards” line is a big reason why.

Prizes are powerful, and a list of prizes — no matter how minor — is even more powerful. Prizes make you feel successful. They greatly enhance your reputation. At some publications I’ve worked for full-time, they held annual planning meetings about what awards the reporters should aim for that year.

I felt like a movie star last week when the contest site Awarding the Web told me my Make a Living Writing blog had made their 2010 Top 40 Freelance blogs list. Being on this list puts me in company with sites I really admire, including Freelance Folder, Poe War, Angela Booth’s Fab Freelance Writing blog, The Well-Fed Writer, and Writer Beware, among others.

Added bonus: I got a fun little award widget to put on my blog. Winning prizes is a kick, no matter how small the prize.

So go out there and be amazing. Write the hard stuff. Win prizes. And watch your career soar.

This post originally appeared on the WM Freelance Writerâ€™s Connection.

How I Became A Freelance Writer Again: 7 Steps to Earning Big