If at First Your Query Letter Doesn’t Succeed 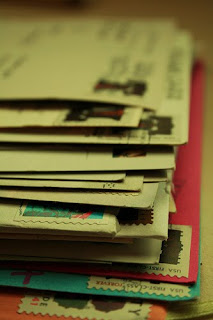 Today, a story of persistence in querying:
I got a recent email from a business editor I regularly pitch. I had sent her a query about mobile payments back in April.

The project it was intended for apparently had gone dormant for a while, and now it was back on track. Six months later, they wanted to assign it for $500.

That set my personal record for length of time an editor sat on my query before greenlighting it! I was excited to get this assignment, since at that point I’d forgotten all about it, so it was like found money.

But the funny thing was, my first thought was: They’re lucky this pitch is still around and unassigned.

Why? Because I am the queen of repitching. I pitch, I don’t get a response…on that query goes to the next market.

I have frequently sent a query to three or four different editors before getting an assignment. The key is to develop a slate of publications that touch on similar topics. For instance, on my list recently are a national business magazine, a national trade magazine for venture capitalists, a trade magazine for restaurant owners, a business Web site, and a corporate blog about business finance.

I might reslant and repitch the same idea to every single one of these, until I get an assignment — or two. Remember, if the markets don’t compete, you’re free to pitch them simultaneously.

Many is the time I’ve retooled one article to become a blog entry for another client. Totally different article, same lump of research. This is one of the ways high-earning writers leverage their time to earn more.

Once you’ve written your pitch, realize its full value by pitching it again. Pitching is a numbers game — send more pitches, and keep repitching existing pitches so that you end up with a steady stream of assignments. As many writers have complained on this blog, it takes a decent amount of time to create a strong query. Once you’ve done that, keep it in circulation until it gets you an assignment.

If query rejection is crushing you, build up your self-esteem. Then, query some more!

If you’re not having success with querying, learn more about it. Querying is its own art form. Getting the hang of it can open a lot of lucrative doors.

Audition for a Guest Post on Make a Living Writing — Live!